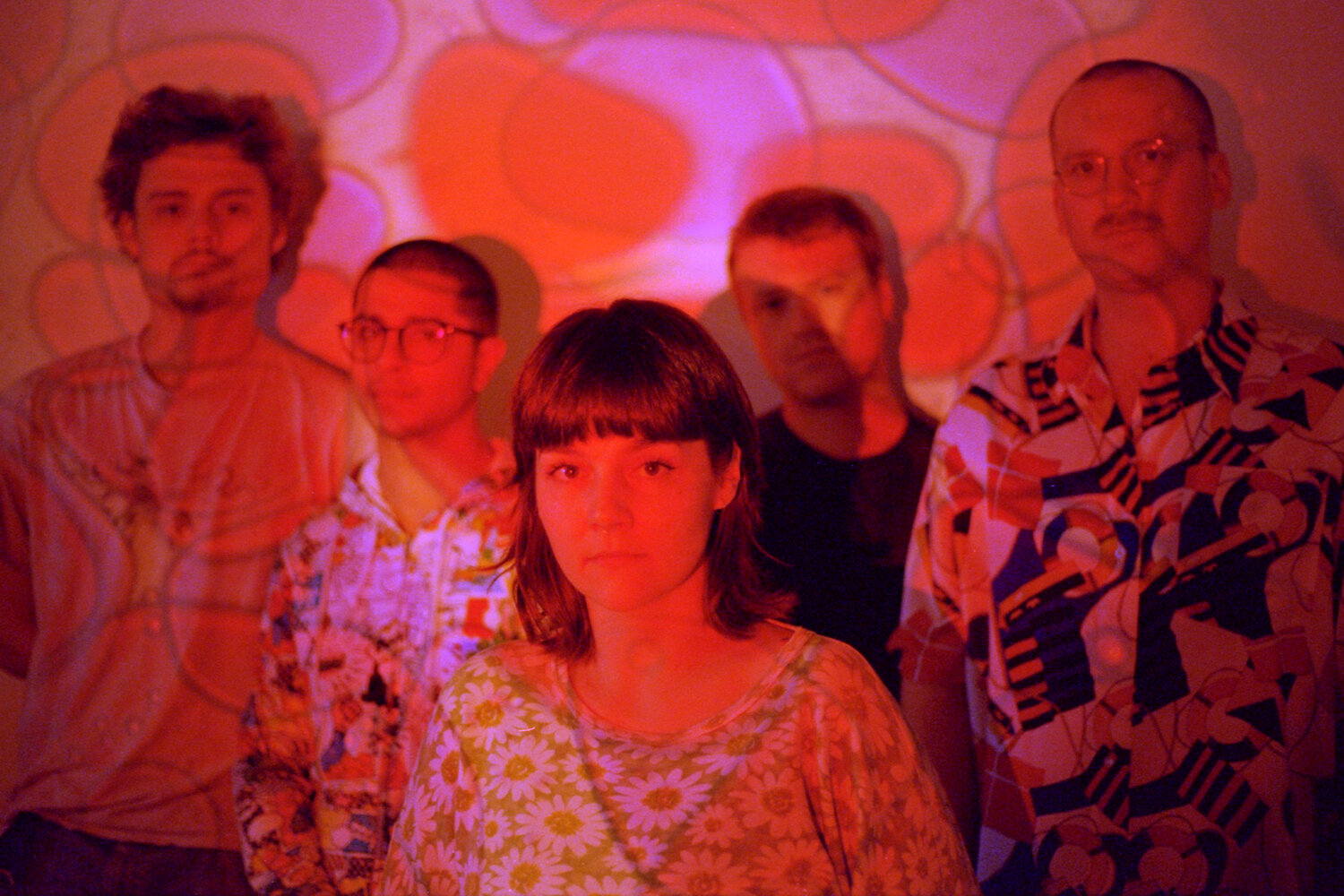 Moonpools are a five-piece band from Basel, formed in 2016 by Marcie Nyffeler (vocals/ guitar), Jasper Nyffeler (drums), and Francesco Vona (keyboard) and completed in 2017 by Matthias Gusset (guitar) and David Blum (bass). The latter are known from various Basel-based projects such as Sheila She Loves You, Don’t Kill The Beast, Brainchild and Mastergrief.

Moonpools released their first EP ‘Turbulent Times’ in 2019, which was immediately met with positive reactions: For example, the single ‘Brainbug’ was chosen as SRF Virus CH-Song of the week. After a few concerts, including support shows for Oso Oso and Prince Daddy & The Hyena or a show at the Lauter Festival (ZH), the band started working on new music. The resulting songs will be released on Young and Aspiring in the late summer of 2022.

In contrast to ‘Turbulent Times’, which was a collection of songs with differing influences, the songs on their second EP ‘Damaged Goods’ are all cut from the same cloth. The sound is inspired by artists like Hatchie, Snail Mail, Ride and Soccer Mommy and moves between Indie Rock and Dream Pop with rousing guitars and anthemic synth parts.

The concise arrangements, however, only form the backdrop for the catchy and touching vocals that form the heart of the band. Marcie Nyffeler, whose lyrics are often a balancing act between melodrama and kitsch, sings about unrequited and unexpected love, loss of control and apathy. This honest and at times self-deprecating view, together with the tumultuous music, unfurls a charm that makes Moonpools’ music so irresistible and brings a smile to your lips while you are still wiping a small tear from your eye.