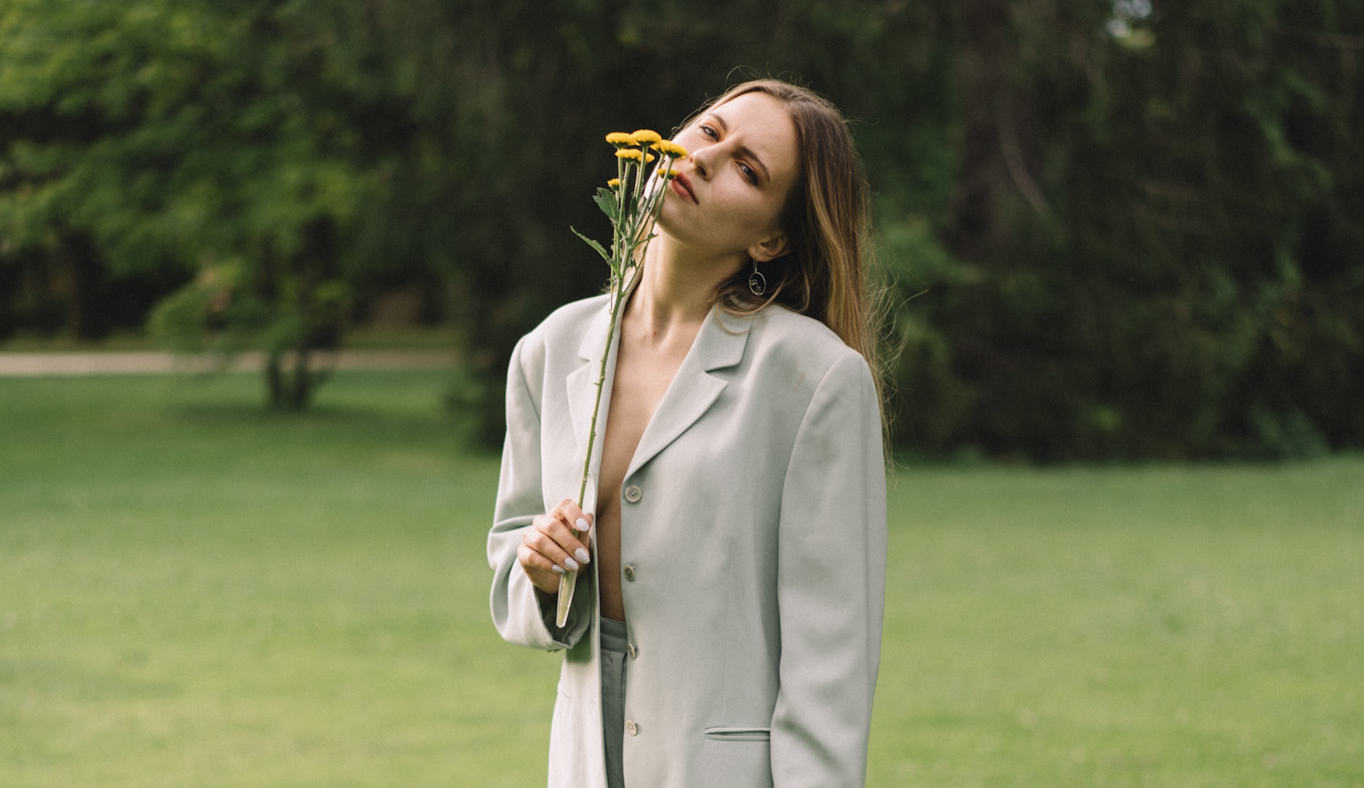 Emilia Anastazja is a Polish-Swiss singer, songwriter and guitarist based in London. Her musical influences range heavily across all spectrums and her love to blend genres like Soul, R&B, Disco and Avant-Pop helps her cultivate her own unique sound. Born into a musical family; her mother is a concert violinist and her sister a singer, Emilia’s love for music started from a young age. Classically trained and surrounded by Jazz music, she developed a passion for R&B/Soul music and a desire to write her own songs early on. In 2019 she recorded her self-produced debut album „Blue“, followed by a tour through Germany and Switzerland. That same year she released her most popular song to date in collaboration with Swiss producer Audio Dope: The single „Unconditional“, including the official remix, has millions of plays on Spotify alone. Emilia is always collaborating with other artists, appearing on US rapper Lil Durk’s latest album “The Voice” and featuring on the recently released song “Noa Noa” with London based producer Hemai. Her songs and collaborations have earned her groundbreaking success in recent years, including #9 on the French R&B Soul charts, airplay on BBC Radio 1Xtra and BBC 6Music, and millions of plays on Spotify. Emilia is now on the verge of releasing the first song, Take A Look, of her forthcoming EP; Flower House. The new music is spacey, dreamy with clubby vibes, eighties synth pop with 2000 R&B influences. With Swiss producer Rico Baumann she found someone to produce these songs with, with whom she can be totally free in music and create and do whatever they want and feel, with no boundaries.